The McClanahan wedding was probably one of my favorites to photograph! The ceremony and reception were held outdoors on a farm belonging to Ezra’s grandparents.  The bride and groom stood under a canopy of trees and read beautiful vows that they had written for each other. There was not a dry eye when they were finished! The ceremony was followed by a delicious meal, a snow cone truck, dancing, fireworks and a lantern release.

I always ask my bride and groom how they met. This is their story…….

“When we were very young, Ezra told me how I was ‘the most beautiful girl he’s ever seen’, and we chatted a bit here and there. Awhile later during my senior year, I was picking up our mutual friend to come with me to a bonfire. As I picked the guy up, unknowingly Ezra was with him and jumped into my car saying, “What’s up Aris?” in the goofiest way, that’s how we first met. I was seventeen and he was turning sixteen. A week or so later, we went on out first date to Flint Ridge, afterwards he went off and told his friend he was going to marry me one day. Two and a half years later, he proposed to me in the exact same spot as our first date. Since then we have traveled the country twice together in one year. The first trip was from coast-to-coast, from Ohio down to South Carolina over to California! And our second was to live in our first home in a cabin at the tip top of Montana. Here we are today, looking to BUY our first home, and to unite in marriage.” 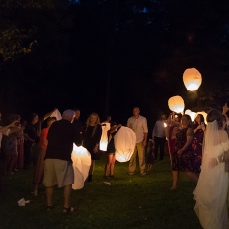 View all posts by shawnakeysephoto

This site uses Akismet to reduce spam. Learn how your comment data is processed.